Carol Conyne Rescigno joined the Brady Sarasota chapter – the largest in Florida -- eight years ago and is its second president. She is committed to gun reform via sensible laws and educational programs and, along with planning rallies and vigils, she sends a weekly email asking her members to call their legislators to action on various bills and other issues. She also meets with local representatives and candidates for office.

A nomadic Army brat as a kid, Carol attended 10 schools – three of them high schools – in the United States and the Panama Canal Zone. She likes to think all that moving helped her deal with people and their varied opinions. She has a journalism degree from the University of Florida. Her first job was at the Sarasota Herald-Tribune, where she worked for five years in the 1970s, eventually becoming the metro editor before accepting a position at Newsday on Long Island and moving to New York. She remained there for the better part of 30 years, working in several news departments.

Carol met her husband, Richard, a fellow journalist, in New York and together they raised two sons, Tim and Daniel. Carol was Newsday’s deputy foreign editor when she left in 2008 and is particularly proud of the work her group did during the Iraq war, fielding several correspondents in the region during a time when U.S. newspapers spent more resources on international news. After Newsday, Carol taught as an adjunct professor and did special projects at Stony Brook University’s School of Journalism for three years before returning to Sarasota eight years ago. Rich and Carol head north when they can to see their sons. Tim and his wife live in Newtown, CT., with their two little boys and Dan and his fiancé are on Long Island.

Carol knew that she would become involved in some form of activism when she retired from journalism. Gun violence prevention moved up the list of possibilities at Stony Brook, where one of her classes included case studies of Columbine and she viewed videos of anguished students and parents over and over. Around the time she joined Brady, she met Tim’s future wife, Cristen, and learned that her 7-year-old cousin, Daniel Barden, had been killed in the Sandy Hook shootings.

“I was passionate about gun violence before I met Cristen’s family,” Carol says. “Afterwards, I absolutely knew I was doing the right thing in my retirement.” 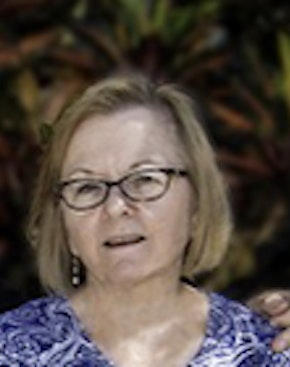