Dana first got involved in the Gun Violence Prevention (GVP) movement right after Labor Day 1999. She helped organize the Million Mom March which, at 750,000 marchers in DC and 250,000 at local rallies, was the largest protest against gun violence in U.S. history — a record held for 18 years until the recent March for Our Lives.

After the Mother's Day 2000 event, she wrote the road map for chapters to be formed. This led to 236 chapters chartered across the country. In 2001 she chaired the team of Regional Directors who prepared the chapters for the merger with the Brady Campaign, as well as communicated with the Brady team holding the listening tours. After a lot of back and forth, in October of 2001 the Million Mom March chapters became the grassroots arm of the Brady Campaign to Prevent Gun Violence.

Dana has been to Washington, as well as Tallahassee, to lobby for gun violence prevention every two to three years ever since 2000.

In 2005, she raised funds and lobbied successfully the Broward County School Board (at the time the 4th largest school district in the country) to place an ASK brochure in every student's backpack in our district.

As the national Spanish language and Florida spokesperson for Brady (since 2001 for Brady) and the GVP movement, Dana has made well over 500 media appearances in both English and Spanish. After the Sandy Hook massacre, she did over 60 interviews in about 10 days for local English language media and Spanish local, national and international media. Media appearances include interviews by local, national, and international journalists and debates against NRA representatives and attorneys. Since 2001 she has also been part of numerous GVP roundtables and panels hosted by media, local governments as well as Congresspeople. 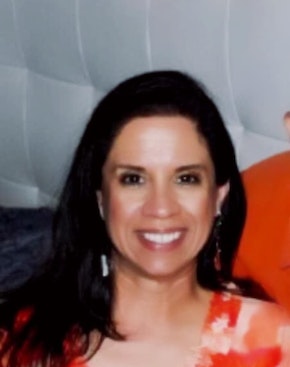