Prior to joining Sanofi US, Patrick served for nearly 13 years as Vice President, Federal Government Relations at GlaxoSmithKline (GSK). At GSK he supported the pharmaceutical, vaccine, clinical lab and consumer health businesses in the United States and served on a variety of leadership teams for the organization.

Prior to joining GSK, Patrick was Senior Vice President with Rowan & Blewitt, Inc., an issue and crisis management consulting firm where he represented a variety of healthcare interests including pharmaceutical, medical device and food companies as well as trade associations.

Patrick began his career in Washington DC, where he served for 14 years as Counsel to the House of Representatives Energy and Commerce Subcommittee on Oversight and Investigations, which was chaired by Congressman John Dingell. He was responsible for numerous congressional investigations focusing on a wide range of issues in the healthcare, energy and communications areas until he left for the private sector.

Patrick received his undergraduate degree in Business Administration from the University of Florida and his law degree from Stetson University College of Law. He is a member of the Florida and District of Columbia Bars. Prior to his retirement, Patrick served as a Board Member of the Congressional Award Foundation; Board Member of the Organization For International Investment; Board of Directors of the Alliance for a Stronger FDA; Chairman of the Board of Directors of the Food and Drug Law Institute and President of the John E. Moss Foundation. 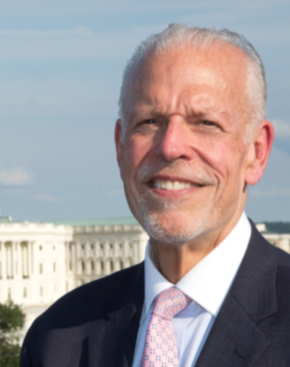